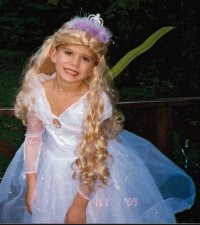 There have been quite a few stories about transgender girls in the news, not least of which on the controversy front has been the story of an American Girl Scout who opposes the inclusion of transgender girls within the organisation and is calling for a cookie boycott in protest.

I first began thinking about transgender girls after reading a Boston Globe article about twin boys, one of whom is now a trans girl. Without denying the existence of transgendered children and adults, I found some of the ideas presented in the article problematic. My feelings were especially pronounced in light of the recent discussion of the new Lego "Friends" range for girls and the gender segregation of toys.

The article about the Maines twins begins as follows:

Jonas was all boy. He loved Spiderman, action figures, pirates, and swords.

Wyatt favored pink tutus and beads. At 4, he insisted on a Barbie birthday cake and had a thing for mermaids. On Halloween, Jonas was Buzz Lightyear. Wyatt wanted to be a princess; his mother compromised on a prince costume.

Though Wyatt went on to express a clearer sense that he was a girl, as she identifies now as Nicole, it bothered me that toy preference was being used as a marker of gender dysphoria. While clearly identifying with the accoutrements of the gender the child feels that they truly are means feeling an affinity with the stereotypical markers of that gender, such associations suggest that there is likely something significantly unusual about a child who strays outside accepted norms with the toys or clothes that he or she likes. Though we need to support transgender children, we also don't want to encourage rigid separation of children's play according to gender by suggesting that if boys like typically "feminine" toys or girls like typically "masculine" toys that it indicates something wrong.

A 2010 research paper that sought to consider whether there is an innate preference in infants for particular colours and shapes, suggested that all children prefer dolls to cars at 12 months (this was measured by how much the infants looked at a particular toy). Once the boys in the study were about a year older, however, they seemed to prefer cars over dolls, whereas girls retained their preference for the dolls. The authors conclude that these difference "may arise from socialization or cognitive gender development rather than inborn factors." So, essentially, as boys get older they are gradually encouraged by their parents and the media they consume to ditch the dolls and start their Matchbox collection.

Clearly there is a percentage of children who have gender identity issues who need to be better accommodated and treated (some of the stories of trans boys and girls on the Mermaids website, the UK organisation for gender-variant children, are sad reflections of intolerance). Nevertheless, all children are being affected by the increasing gendering of childhood play, which seems to pathologise difference and diversity. Though Nicole's interest in Barbies and tutus was indicative of something more, it should not be a cause for alarm if a boy wishes to play with dolls or if a girl is more interested in a chemistry set than setting to work with a replica iron. UK toy store Hamley's has recently removed the "gender apartheid" of its separate boys' and girls' floors for toys (coded pink and blue) in a way that will hopefully allow children more scope to choose toys that interest them, rather than confining them to a limited selection according to what boys and girls are supposed to like.

I would suggest that the insistence of pushing children into their "right" gender also contributes to the bigoted attitudes that transgender children experience from their peers and adults. If you've not yet seen it, the video of an American Girl Scout, Taylor, expressing concern about Girl Scouts USA's decision to allow trans girls to enter the movement, shows her received ideas about the threat of transgendered people.

As a fan of Girl Guide history, I'm in support of the concept of a girls' and women's only organisation that encourages leadership and self-reliance, and, like Taylor from California, I would be disappointed to see boys being admitted. Nevertheless, Taylor is reproducing discriminatory attitudes about transgendered people that cannot see beyond strict binaries of biologically male and female. Taylor's YouTube video, which has sparked no shortage of discussion on feminist sites, is also embedded at a site called Honest Girl Scouts.

The site is purportedly run by current and former women of Scouting who disagree with the organisation's apparent conduct of sex education and support of a woman's right to choose (or pushing "pro-lesbian, pro-abortion role models"). In some ways the site is laughable ("FACTOID: Did you know that radical feminist Betty Friedan, founder of NOW (National Organization for Women) and NARAL (National Abortion and Reproductive Rights Action League) was on the National Board of GSUSA for 12 years?") but in others, especially the use, and perhaps production, of Taylor's video, it is disturbing. Specifically, it appears as if they have used a girl as a conduit for their discriminatory views.

On the Bitch magazine Facebook page, where the cookie boycott story was posted, Taylor was quite often attacked and was labelled a "creep". I would argue that the real creeps are those who are behind these campaigns to discriminate against gays and lesbians and transgender men and women in Scouting. It is a shame that such an articulate and intelligent girl has been encouraged to put forward these views, and that an organisation that is attempting to be progressive is being fractured by those who cannot fathom why reducing discrimination for this minority of children is a good thing.

Scouting was originally founded to accept children of all religious persuasions, so, despite some worrying statements at time from founder Robert Baden-Powell, at heart the aim was to be open to all kinds of young people. Perhaps girls might have even remained part of the original Scouting scheme in England if Edwardian social norms had not been so concerned about girls being too "boyish" and the presence of girls "softening" boys. I would hope that the society in which we live - a century after Scouting began in America in 1912 - will not reproduce outdated notions of what each gender should be by supporting the opposition to trans girls being part of Girl Scouts America.
Posted by Michelle Smith at 1:50 AM

That story that you linked-to regarding Wyatt/Nicole was fascinating and moving. I had no idea that such extreme cases of 'transgenderism' occurred in children so young. It raises many moral and ethical challenges.

As a biologist, I am also fascinated that Wyatt was one of two identical twins who should be genetically identical. Understanding the biological mechanism that resulted in one twin identifying as male and the other as female would be fascinating.

Thanks for your comments, Adam. It's always a little scary intruding into areas that relate to biology, as I have no background in Science and can only speak from a Gender Studies position.

I hadn't realised that transgenderism in young children was as prevalent either, especially not until I visited the Mermaids page. Perhaps we are experiencing something similar to what happened when homosexuality became more accepted and young people became more able to express that they felt different than their peers. Who know how many kids in the past just had to suppress any feelings that their gender did not match their sex.

I agree that the fact this occurred in twins is very intriguing, not only in genetic terms, but also with regard to their home environment.