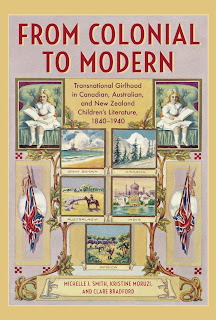 This Australian Research Council project began in 2011 and officially concluded at the end of 2013. The project was a collaboration with Dr Kristine Moruzi  and Professor Clare Bradford. Our co-edited collection Colonial Girlhood in Literature, Culture and History, 1840-1950 was published by Palgrave Macmillan in 2014 and our monograph From Colonial to Modern will appear through University of Toronto Press in July 2018.

Print culture was central to the definition, and redefinition, of colonial girlhood during this period of rapid change. Models of girlhood are shared between settler colonies and contain many similar attitudes towards family, the natural world, education, employment, modernity, and race, yet, as the authors argue, these texts also reveal different attitudes that emerged out of distinct colonial experiences. Unlike the imperial model representing the British ideal, the transnational girl is an adaptation of British imperial femininity and holds, for example, a unique perception of Indigenous culture and imperialism. Drawing on fiction, girls’ magazines, and school magazine, the authors shine a light on neglected corners of the literary histories of these three nations and strengthen our knowledge of femininity in white settler colonies.

A fuller description of the scope and aims of the project is also available at our Canadian Writing Research Collaboratory page. 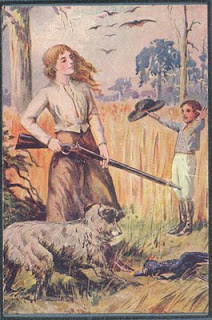 In 2012 we are hosted the 'Colonial Girlhood/Colonial Girls' conference and the SSHRC-funded '(Trans)National Girlhoods' workshop at the University of Melbourne (13-15 June). Our keynote speakers for the conference were Professor Angela Woollacott (Australian National University) and Professor Cecily Devereux (University of Alberta). The combined program included more than 50 speakers from Australia, New Zealand, South Africa, India, Canada, the United States, the United Kingdom, Ireland, Singapore, Austria and Belgium.

Chapter Three: Cecily Devereux (University of Alberta, Canada)
Fashioning the Colonial Girl: 'Made in Britain' Femininity in the Imperial Archive

Chapter Six: Subhasri Ghosh (Independent Scholar, India)
Coming of Age in Colonial India: The Discourse and Debate over the Age of Consummation

Chapter Twelve: Susan Cahill (Concordia University, Canada)
Making Space for the Irish Girl: Rosa Mulholland and Irish Girls in Fiction at the Turn of the Century

The team has published numerous book chapters and journal articles resulting from the project. Kristine and Michelle have had chapters appear in Girls, Texts, Cultures (ed. Mavis Reimer and Clare Bradford, Waterloo, ON: Wilfrid Laurier UP, 2015) on British representations of Canadian and Australian girls respectively. Both also have chapters published in Seriality and Texts for Young People: The Compulsion to Repeat (ed. Mavis Reimer, Basingstoke, Palgrave Macmillan, 2014) on the Victorian School Paper and national and imperial identifications (Smith) and serialising girlhood in the periodical press (Moruzi). Kristine published an article in Jeunesse: Young People, Texts, Cultures on Canadian girlhood at the turn of the twentieth century in 2012. Michelle produced a chapter entitled 'The "Australian Girl" and the Domestic Ideal in Colonial Women's Fiction' for Domestic Fiction in Colonial Australia and New Zealand (ed. Tamara S. Wagner, Pickering & Chatto, 2014) and an article in Women's Writing on 'Colonial Feminism and Australian Literary Culture in Ethel and Lilian Turners' the Parthenon (1889-1892). She has also published an invited chapter on the environment in colonial Australian and New Zealand colonial children's in Children, Childhood and Youth in the British World (ed. Simon Sleight and Shirleene Robinson).