From The Getting of Wisdom to Heartbreak High: Australian school stories on screen

Going to school is one of the few life experiences almost everyone shares. From the time children began to be educated in small groups in Britain, there were school stories in popular culture, beginning with what many consider the first novel for children, Sarah Fielding’s The Governess; or, The Little Female Academy (1749). 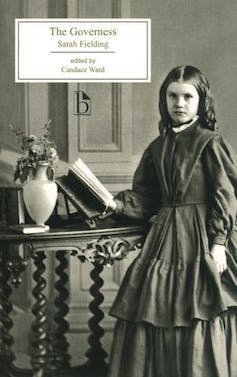 The emphasis in early school stories was on moral and intellectual learning, which the reader was supposed to absorb. However, as school became a universal experience, stories about school elevated peer acceptance, sporting success, and friendships to the main sources of drama. This has remained true from the crucial cricket match of Tom Brown’s School Days (1857) to the quidditch tournaments of the Harry Potter series.

School stories appeal to children and adolescents because they represent a world comprised largely of other young people, with adult teachers relegated to the periphery. However, they also mark changes in the kinds of ideals and goals we want young people to aspire towards.

Conformity and obedience were measures of a protagonist’s success in early school stories. However, as the genre has evolved in film and television, school stories have celebrated characters who transgress adult expectations, emphasising the importance of individuality.

North American film and television from the 1980s embraced stories about high school in particular, with earnest considerations of the dilemmas faced by teenagers forced into almost familial relationships with each other.

John Hughes’s The Breakfast Club (1985) was among the first films to treat the experience of high school with seriousness and empathy. In what became a template for the genre, it explores the unique forms of social stratification found in schools between the popular kids, the nerds, the jocks, and outcasts who sprinkle dandruff on their artworks.


Canadian series Degrassi Junior High (1987-89) and Degrassi High (1989-1991) were pioneering in their focus on teenagers and willingness to confront mature topics including drug use, teen pregnancy, racism, and sexuality. The ultimate dark and vindictive side of school friendships were most memorably fictionalised in 1988’s Heathers, which darkly satirised teen suicide. Reflecting a significant transformation in real-world schools, the recent television reboot of Heathers had its premiere delayed for almost a year because of the Parkland, Florida school shooting.

Some of the longest-running American TV series set in schools in the 1990s nevertheless idealised beautiful, popular, and often wealthy students. Both the Saturday-morning comedy Saved by the Bell (1989-1993) and the prime-time drama Beverly Hills, 90210 (1990-2000) were largely told from the perspective of fashionably dressed and perfectly coiffed characters at the zenith of the social hierarchy.

Australian school stories have differed from their British and American counterparts from the outset. Henry Handel Richardson’s classic novel The Getting of Wisdom (1910), which was adapted into a film in 1977, is the story of poor country girl, Laura Tweedle Rambotham, who is sent to an exclusive Melbourne boarding school.

While the usual arc of the school story was to teach the outsider appropriate lessons about how to conform and contribute to school spirit and sporting success, Laura lies in an ill-fated attempt to be liked, cheats to pass her final exams, and finishes school without having found peer acceptance. It is her very inability to change herself to fit stifling gender and class expectations that has made her an enduring and beloved character for the past century.

Read more: The case for Henry Handel Richardson’s The Getting of Wisdom

Such irreverence toward authority figures is a frequent attribute of Australian stories about school. In its early years, teen soap Home and Away (1988-present) built many dramas around conflict with high-school principal Donald Fisher, who the students privately referred to as “Flathead”.


With conscious efforts to present a grittier and more realistic depiction of school life, Heartbreak High (1994-1999) not only included a cast that aimed to represent Australia’s increasingly multicultural society but depicted teachers as less authoritarian, and heavily invested in their student’s welfare.


In a reworking of the opposition between student and teacher, it has become common for Australian stories about school life to retain a focus on the underdog but to draw out its comedic potential. Hating Alison Ashley (2005), based on the novel by Robin Klein, cast pop darling Delta Goodrem as the beautiful, superficially perfect student, but presents the story from the perspective of friendless hypochondriac Erica Yurken.

Rather than a disciplinarian setting in which the teachers and principal have ultimate control, Barringa East high school exhibits a loss of adult order, with graffiti and rubbish covering the campus.

The film opens with the explanation that three teachers have retired due to the trauma of teaching at the school, with two institutionalised and one escaping to join the Hare Krishnas. While the overall culture of underachieving students allows Erica to shine academically, she does not feel comfortable in herself until she makes an unlikely friend in her imagined rival, Alison. A happy ending for Erica is found not in changing herself and achieving popularity, but in finding a supportive friend to join her outside the mainstream.

Chris Lilley’s Summer Heights High (2007) at once adopted the perspective of an underdog in the form of Jonah Takalua (a Tongan character controversially played by Lilley), and a queen bee in the form of Ja’mie King, a private school girl “slumming” at a state school.

Rather than glamorising the wealthy, image-obsessed Ja’mie, the series positions viewers to laugh at the shallowness of her manipulations to gain the approval of teachers and the few students she deems worthy of her attention. While many of the teachers at the school do care for student welfare, the infamous Mr G is the ultimate demonstration of the way teachers and authority figures are often depicted as flawed and ineffectual.


Across time, Australian stories about school have more in common with the narratives of outsiders like Napoleon Dynamite than those of inspirational teachers as in Dead Poets Society or the beautiful students of Riverdale.

Attributes such as wealth, attractiveness, and family connections and status often distinguish the protagonists of American and British stories. Similarly, working hard and behaving correctly often brings success and popularity to these characters.

In contrast, Australian stories about school days are more likely to question structures of authority and social status. And anyone who wants to suck up to the popular kids or teachers can just, in the words of the students of Heartbreak High, “Rack off!”

This article is republished from The Conversation under a Creative Commons license. Read the original article.
Posted by Michelle Smith at 4:08 PM No comments: