New Article on Environmentalism and Gender in Animated Film 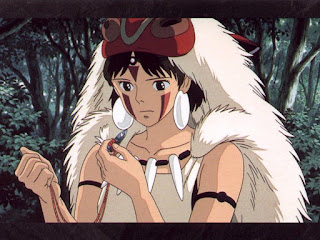 Just this week a scholarly article that I wrote with Dr Elizabeth Parsons (formerly of Deakin University) was published by Continuum: Journal of Media and Cultural Studies. It was sparked by Liz's subject "Power Politics in Children's Literature", in which we taught the films Princess Mononoke and FernGully. Liz had already given a conference paper on the topic and kindly invited me to co-write an article with her. It did feel quite strange to be writing an academic article about contemporary films, as I think the closest I'd ever gotten to the present-day before was about 1920 and, at the point of writing, I'd never written about films either. I'm grateful to Liz for showing me how to step into a new field and for the opportunity to co-write this paper with her.

If anyone is interested in this area, or perhaps the work of Hayao Miyazaki (because we all know you're not going to be interested in the saccharine-fest that is Ferngully unless you saw it as a child), here is the abstract for the paper:

Informed by ecocriticism, this article conducts a comparative examination of two contemporary animated children's films, Princess Mononoke (1997) and Fern Gully (1992). While both films advocate for the prevention of deforestation, they are, to varying degrees, antithetical to environmentalism. Both films reject the principles of deep ecology in displacing responsibility for environmental destruction on to ‘supernatural’ forces and exhibit anthropocentric concern for the survival of humans. We argue that these films constitute divergent methodological approaches for environmental consciousness-raising in children's entertainment. The western world production demonstrates marked conservatism in its depiction of identity politics and ‘cute’ feminization of nature, while Hayao Miyazaki's film renders nature sublime and invokes complex socio-cultural differences. Against FernGully's ‘othering’ of working-class and queer characters, we posit that Princess Mononoke is decidedly queer, anti-binary and ideologically bi-partisan and, in accord with the underlying principle of environmental justice, asks child audiences to consider compassion for the poor in association with care for nature.
Posted by Michelle Smith at 5:34 PM