Why Girls' Work is Worth Less Than Boys' Work: The Great Pocket Money Swindle

Frustratingly, it seems I’ve lost the girlsliterature.com domain name, at least for now. I do apologise to anyone who happened to end up viewing some slightly different images of “girls” than they expected and am endeavouring to buy the domain back. I’ll keep this new URL active regardless of what happens.

At the moment, I’m continuing to work on the colonial girlhood project and this has meant boning up on Australian feminism, girls’ education and women’s work at the beginning of the twentieth century for a book chapter. As I’ve spent a lot of time researching British girls in this period, I naively thought that attitudes to work and education would be reasonably similar in Australia. (Research assumption that proved false no. 374.)

Attitudes to women’s work were substantially different in Australia in part because of changes brought about by the Harvester Case in the Commonwealth Arbitration Court in 1907. The judge’s decision prompted the introduction of a “family wage”, in which it was deemed that a man’s salary ought to be sufficient to pay for his own expenses, as well as those of his wife and children. In some respects, this was a welcome development for the welfare of many families, but it had major repercussions for women’s work. The family wage innately suggested that women need not work once they were married, and that young working women were merely passing time and earning frivolous spending money before marriage. With these assumptions about women’s work, it became easier to justify lower wages for female employees—women were not going to be responsible for ensuring that their children were fed (never mind about families in which husbands had deserted their wives). Branches of work that were traditionally performed by women began to pay lower wages than ever before. These poorly paid areas became even less desirable prospects, thereby discouraging women from seeking employment and, to an extent, compelling them to marry for financial security. 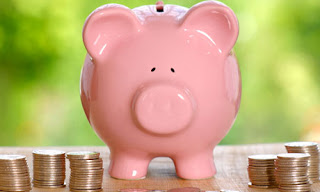 I thought of these changes when I read about bank surveys in the UK and Australia that suggest that today’s girls and boys, on average, receive different amounts of pocket money, which is quite often tied to performing chores. In the recent Westpac bank survey, boys earn an average of 7 per cent more pocket money than girls, which is not a huge difference. However, the same boys spend 28 per cent less time undertaking household chores than the girls. If the boys spend less time working than girls, then the extra money they receive can perhaps be explained by the difference in the kind of jobs they are being rewarded for. Boys are sent outside to take out the rubbish, mow the lawn or help with gardening more often than girls. Girls do more work inside, like cleaning their room and washing the dishes. Even in the family home, parents are assigning greater value to work that is understood as men’s work, and providing greater rewards for it.

Predictably, the odd male online commenter has argued that jobs such as mowing the lawn are so strenuous and beyond the ability of most girls and that the hard slog involved should rightly be “worth” more than bringing in the washing. Others have rightly pointed out, however, the increased frequency of many indoor tasks. You might need to mow the lawn every month in winter, but the dishes will need washing, drying and putting away each and every day. How is it that a far greater amount of time spent working on typically feminine housework doesn’t equal, and is in fact regarded as far less of a contribution, than a short amount of time in the backyard, the stereotypical domain of men's work?

It seems we have internalised the values assigned to different forms of work based on gender that were responsible for forcing many Australian women to marry in the early twentieth century. If treating their children’s help on different value scales according to their gender is something that parents who love their children unconsciously do, what hope is there in the wider workforce for valuing the jobs that women typically undertake, such as childcare, for example?

And, for the record, I mow the lawn with a push mower and would much rather take on a football field with it than iron a basket full of laundry.

Posted by Michelle Smith at 5:16 AM