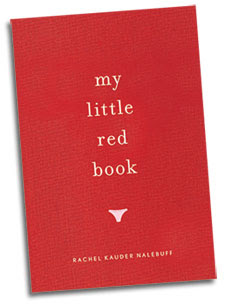 It can be a moment of disturbance, fear, irritation or relief. It can even be supremely terrifying if you're Carrie White, in Stephen King's first novel, who, screaming like a banshee in the school gym shower, had no idea whether it meant that she was about to die. But, regardless of the precise response, a girl's first period will always be memorable. The first brush with the inconvenience of it all, the avoidance of white shorts (perhaps a rule best followed all-month long), the sometimes excruciating cramps, and the embarrassment of family members having to be told leaves a mental imprint deeper than most other life events, particularly when stamped so close to, or often in, childhood. I was only ten, almost eleven, when my period arrived and what I was deeming an innocuous smudge on my underwear was something I hoped to write off as mistake that would correct itself and never have to be thought of again. Over two hundred cycles later, I can reflect that it was going to be a long time before this thing was resolved.

Every woman has her own story of this event, but it's not something that is ordinarily shared amidst polite inquiry about how work is, how the children are going, (how'd you get your first period), and how's your ankle holding out. In fact, it's not something I'd thought of considering until I heard about My Little Red Book. Rachel Kauder Nalebuff, who is not far out of school and is set to attend Yale, collected the stories of almost a hundred women recounting their first surf of the crimson wave (a metaphor that mistakenly attributes a sense of achievement the greater the swell). You'll even find the recollections of Cecily von Ziegesar and Erica Jong in the book. The same cannot be said for Glenn Close, who was reportedly bemused when bailed up in the street by Nalebuff and confronted with a request to disclose her own experience of menarche.
Some have suggested that the book is symptomatic of a trend for "oversharing" or girls as "gross-out merchants", catching up with men's propensity for scatalogical and any other excretable humour. As a source of supreme anxiety and often embarassment for young girls, I'm pleased if people are oversharing on the subject. For some families, menstruation is not talked about at all. My mother couldn't even discuss the subject with me, but, upon purchasing the new innovation in feminine hygiene products of the time (pads with "wings"), she left a demo model (a pair of underwear with one of the technological marvels stuck on) in the bathroom cupboard for me to discover and take the hint as to how to use them. If girls can talk about the moment or read other people's recollections of it, rather than battling to hide it from friends and the world in general, the better for it.
Posted by Michelle Smith at 5:09 AM