What's Wrong With Merit? Why "Equal" Treatment Does Not Reward the Most Deserving 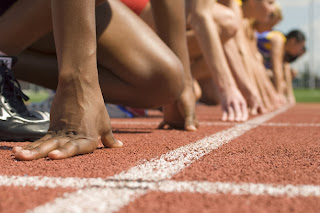 This piece was published at The Conversation on 19 September 2013.

Just one woman has been appointed to new prime minister Tony Abbott’s first Cabinet of 19. As a result, online forums have been abuzz with debate about gender representation in federal politics.

A number of explanations have been proposed as to why female Liberal MPs remain “knocking on the door” of Cabinet positions. Yet some have also denied there is any problem with new foreign minister Julie Bishop being the only woman on the frontbench.

One of the most frequent excuses drawn on to explain Australia’s overwhelmingly male parliament is the concept of “merit”. According to the logic of merit, a person who demonstrates the highest aptitude for a job, a spot at university, or even a place in the federal Cabinet should be selected regardless of any other factors.

It seems fair on the surface. A person who has worked hard and shown qualities superior to all other candidates should be successful.

What is problematic about the idea of merit is that it presumes all people have the same opportunity to succeed. The movement to formal equality through anti-discrimination legislation has created the impression that there are no barriers to the participation of women, Indigenous people, GLBTIQ people, people with a disability, and people of colour in the workplace and public life.

The Commonwealth Sex Discrimination Act (1984), for example, outlawed the advertising of jobs for “men”, “boys”, “women” or “girls”. It stipulated that women could no longer be paid a lesser wage for performing the same duties as men and also sought to protect women from dismissal during pregnancy.

The metaphor of a running race is often used when comparing models of equality. The formal model, which people invoke when they discuss merit and “the best person for the job”, sees all competitors take their place on the same starting line.

It does not make allowances for whether some of these metaphorical athletes might have been coached at the Australian Institute of Sport with access to elite trainers and equipment, while other competitors might arrive at the line after being self-coached and with no running spikes to wear. Clearly, the second competitor is at a disadvantage in this “fair” race. Yet what if he or she actually had the potential to be the fastest if given access to the same resources?

A real example of how the formal model of equality fails is in the instance of Indigenous participation in higher education. All Australian high school students have the opportunity to sit for their Year 12 exams and apply for university entry. Indigenous students in remote locations in particular, however, do not have the same financial resources, school facilities and community situations to support them to excel.

A strict application of the concept of merit would make no allowance for the disadvantages Indigenous students face in comparison with inner-city children in private schools.

To achieve equality of result – or substantive equality – we must abandon ideas of merit that ignore social disadvantages and barriers that might keep equally good or better candidates from entry into the race. Some find the concept of unequal treatment through quotas or special entry schemes distasteful and unfair, but it is crucial to recognise the unfairness of the presumption of an equal starting line inherent in the concept of merit.

When universities encourage the enrolment of Indigenous students, even if the marks the students have attained at school do not meet the usual requirement, they are not simply penalising students who have already shown “merit”. Instead, they are working to correct systematic disadvantage that leads to an unequal outcome (poor Indigenous representation in higher education).

When political parties take action to counter the under-representation of women, as in the example of Labor-affiliated group EMILY’s List, which has sought to increase the number of women candidates since 1996, or the proposed Foundation 51 initiative to develop and recruit Liberal Party candidates, it is not to force “meritorious” men from positions. Rather, it is about acknowledging the social and cultural reasons why it is more difficult for many women to enter politics.

It means acknowledging that the running race already sees most women start on a tremendous handicap, and that some of our “best” candidates might actually be confined to the spectator’s box unless we take action to work toward equality of outcome.

Australia is a country with affection for the notion of a “fair go”. We therefore ought to realise that getting somewhere on “merit” does not mean that there were not better candidates out there who lacked the same privilege and opportunity.
Posted by Michelle Smith at 7:26 PM