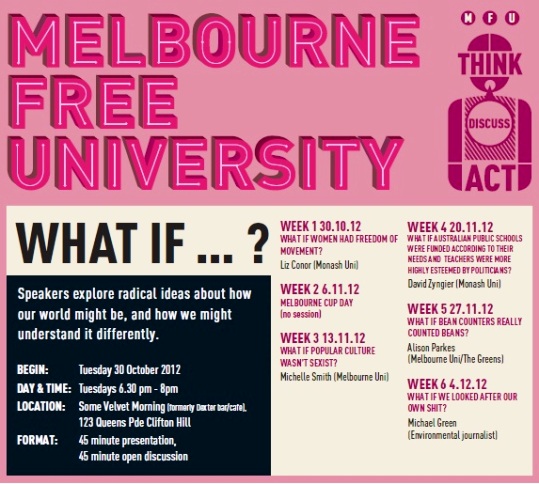 I have another public talk approaching on 13 November. With Julia Gillard's recent misogyny speech in parliament, the Destroy the Joint campaign's success,  and the debate about women's freedoms in response to Jill Meagher's rape and murder coalescing to produce renewed discussion about sexism, it's an ideal moment to consider why sexism is still endemic in a country with formal equality. I want to think about how popular culture not only reflects cultural beliefs about how men and women should be, but how it helps to socialise us into accepting sexist limitations as the natural order of things. In particular, I'll be talking about how popular culture for young people contributes to producing sexist attitudes and beliefs. Can we expect sexism to be eradicated without changes in film, television, fiction and social media?
Posted by Michelle Smith at 8:29 PM